Also called "box and whisker plots". Box Plots are used as graphical summaries depicting distributions. A histogram is more informative (used for plotting continuous data). By viewing the plots from the side, it's possible to visualize the histogram’s general shape.

Box Plots, histograms, and stem & leaf plots can depict the same data on a continuous scale.

A sample result of a variable width box plot is shown below. The box plot shapes and spreads can provide quick general information on variation within and between categories. It may also indicate special cause or obvious areas of opportunity (outliers). 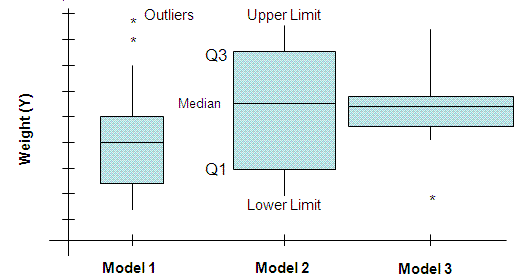 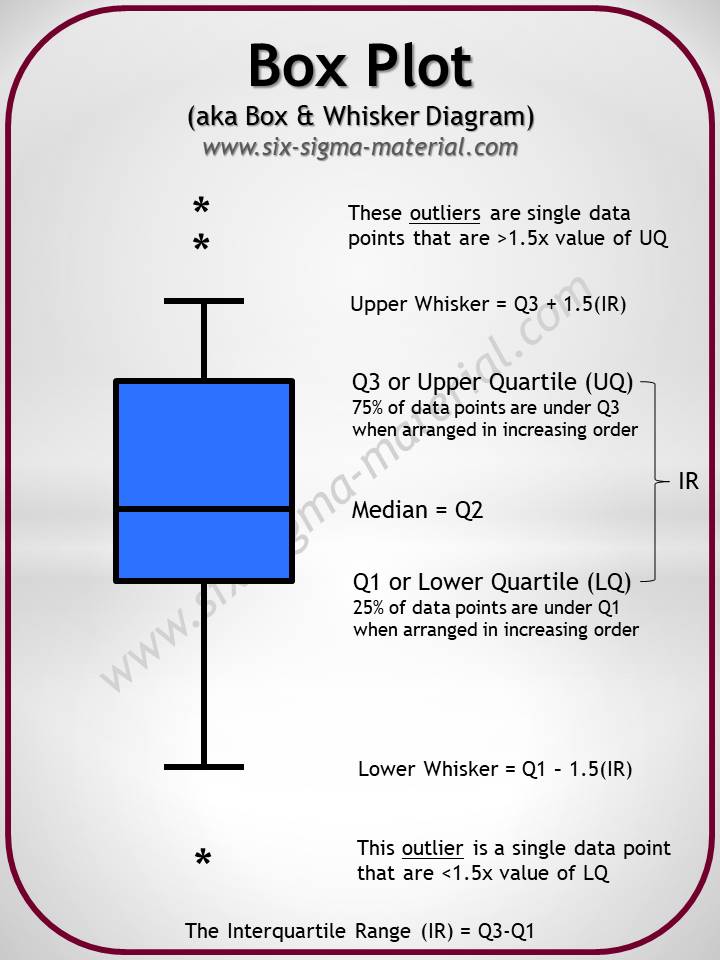 Box Plot of a Normal Distribution 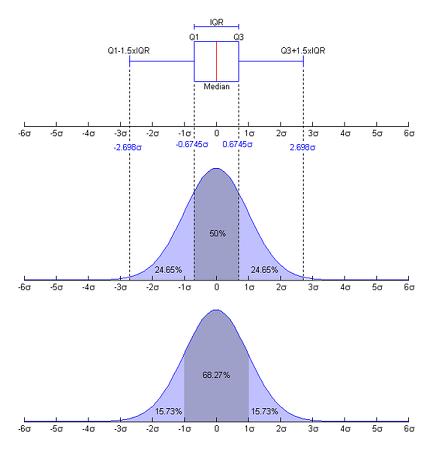 Create a Box Plot in Excel

Click here to learn how to create a Box Plot in Excel.

The picture below is another variant of the Box-Plot from the (c)R Foundation found at http://www.r-project.org.

Notched box plots contain a narrowing of the box around the median. The line where the notches converge is still the median. Notches visually illustrate an estimate on whether there is a significant difference of medians. The width of the notches is proportional to the interquartile range of the sample.

It is still difficult to conclude there is or is not a difference between the medians in data set 6 and 7 but is it pretty clear that the median of groups 1 & 10 are different than 2-9. 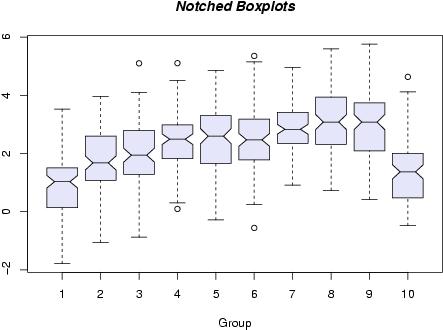 The other common variant that shows more information than the standard fixed width box plot is called the variable width box plot (like the plot at the top of this page).

However, this is only valuable if comparing more than one box plot since the width is irrelevant if displaying only one box plot.

One common convention is to make the width of the boxes for group of data proportional to the square roots of the number of observations in a given sample.

Return to the DEFINE phase