A Six Sigma Black Belt will be an expert on the subject matters of Lean Manufacturing and statistical analysis. Their goals are to reduce the variation of a process and shift the process performance to a desired target.

Some companies will keep them as permanent Black Belts, others will have a repatriation process where top performers become certified and a few years later are placed back into a non-Six Sigma role in the company with the idea of using the concepts in this new role. 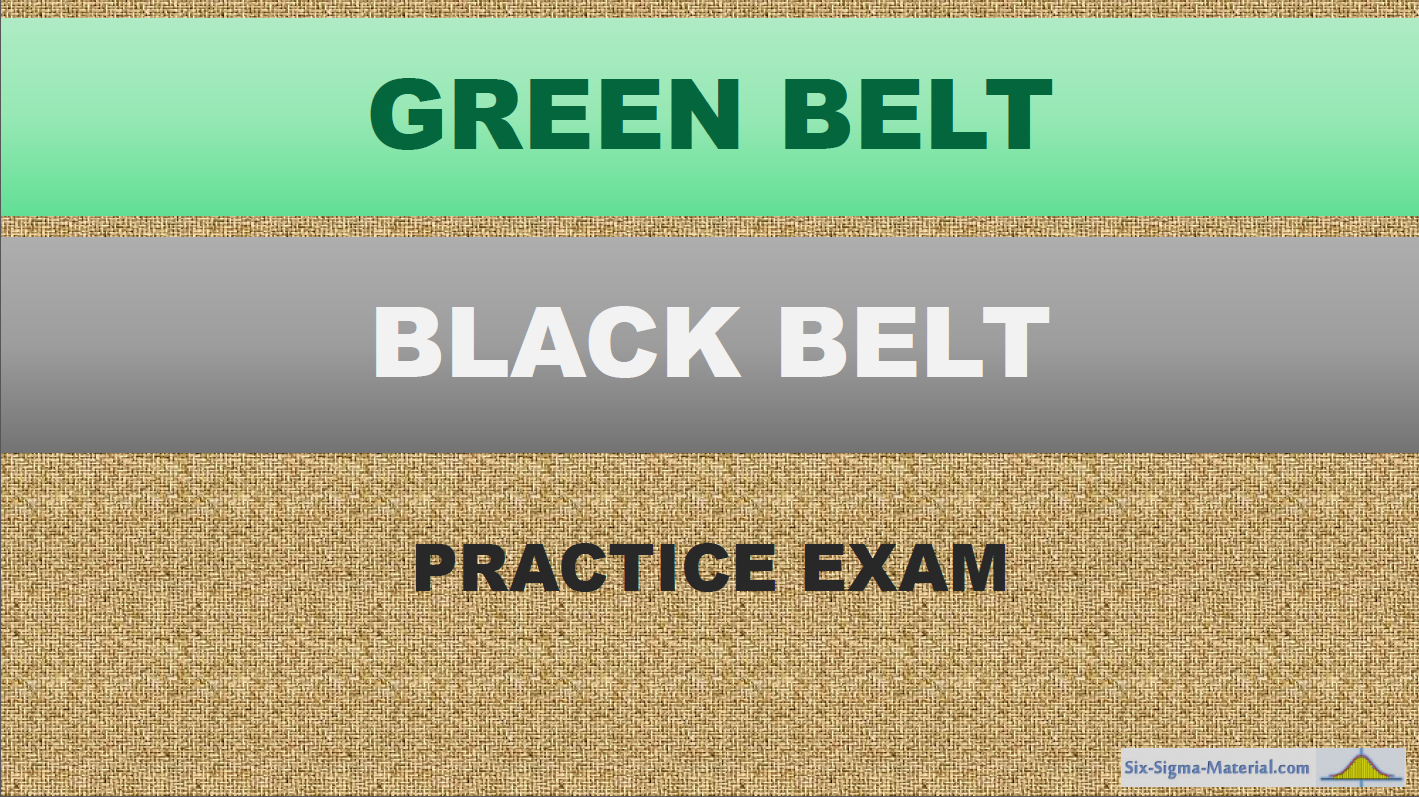 Also comes with a 180+ question practice exam with explanations and links for further research. Belt Training

Click here to review variety of options from on-line, self-learning, live, and/or classroom courses. These courses cover the DMAIC methodology,

You'll be prepared to converse and pace with progress and direction of certified Black Belt and Master Black Belts, and lead your first large scope, high visibility, Six Sigma projects.

Black Belts should possess a complete understanding of basic statistics and hypothesis testing. The objective is that the training will carry over into the work behavior and habits of each repatriate and the company will develop a foundation that operates within these principles.

Black Belts are also expected to have ability to run a DOE but these frequently will involve a Master Black Belt due to risk of investment.

Test your knowledge - are you prepared?

There are also >180 example certification problems available for subscribers of this site. Many of the problems have further explanations along with additional developmental material that can be found within this site.

Never hurts to go over a wider variety of questions to ensure you are well rounded and versed in the topics that could arise on a certification exam.