The Cumulative Distribution Function (CDF) of a continuous random variable, x, is equal to the integral of its probability density function (PDF) to the left of x. This value represents the area below the PDF to the left of the point of interest, x.

If the PDF of a continuous random variable is known to be 0.08x where x is valid from 0 to 5. Find the probability (cumulative distribution function) of x being less or equal to 2.3. 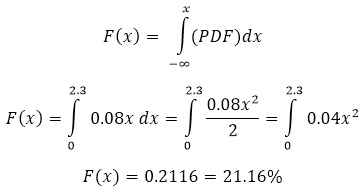 With "x" as the point of interest, the format of the function is:

In the final argument use:

An example is shown below given:

The inverse cumulative distribution function is used to estimate "x" where a certain percent of probability has occurred.

You can find the PDF, CDF, and Inverse CDF for several types of distributions. Shown below is a snapshot of the menus. 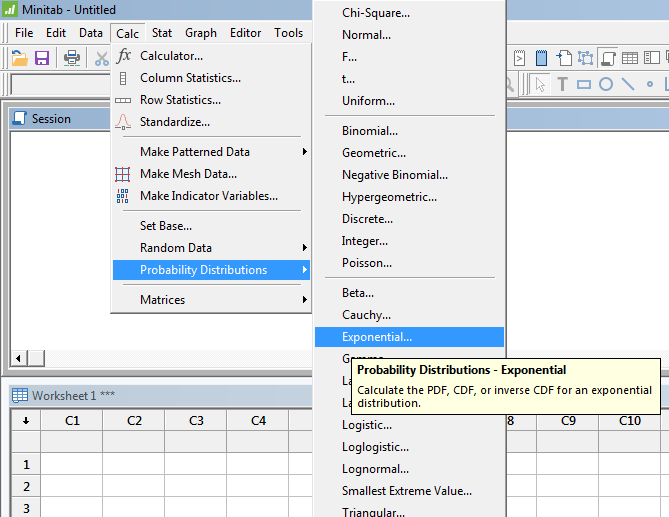