Also known as a rectangular distribution. The uniform distribution lies between two values on the x-axis. The total area is equal to 1.0 or 100% within the rectangle. There are not any peaks, valleys, or slopes.

A regular (and fair) six-sided die is a good example because each of the six sides has an equal probability of occurring. Each side has a 1/6 chance of occurring each time. There is replacement each roll.

The same would apply for a roulette wheel...assuming the wheel is fair. Ignoring the green numbers of 0 and 00 depending on whether the game is American or European, there are 36 numbers. Each of the numbers has the same 1/36 chance of occurring. Again, there is replacement after each spin.

Assume "k" equals the number of different values that can occur and each value has the same chance and that chance remains constant, then P = 1/k. 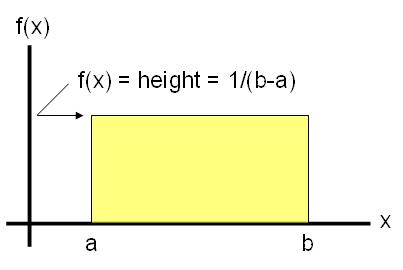 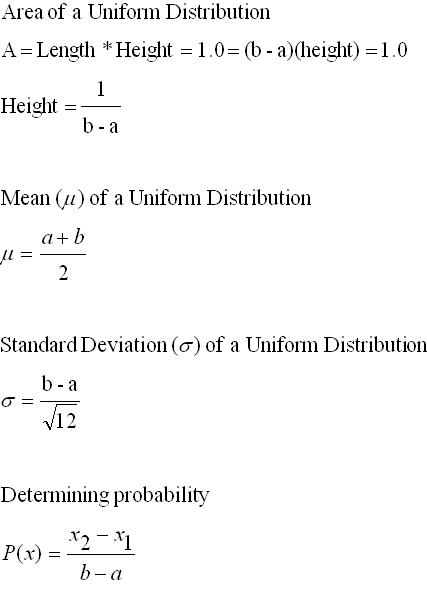 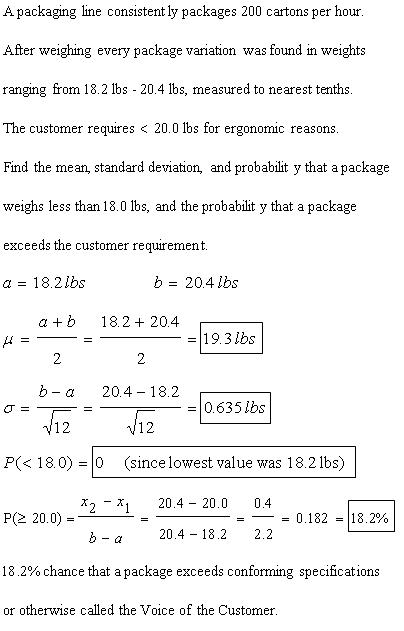